HAVE YOU EVER WANTED TO INVEST OR BE A PRODUCER ON A BROADWAY SHOW? FAQS

Does being involved in Broadway excite you? Have you ever wanted to invest or become a producer?   Do you want to know more?  Here are some facts/FAQs. 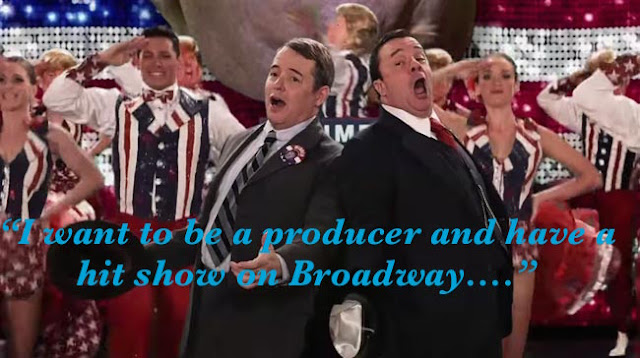 HOW DO INVESTMENTS WORK ON BROADWAY?

Broadway works similar to film with pro-rata shares and a 50/50 producer/investor split after recoupment.  Many times, $50K = 1 point and anything up to $249,999 is a straight investment.  Once someone invests $250K+ (sometimes more), they receive a co-producer credit, entitlements (like Tony eligibility, attending co-producer meetings, opening night etc) and sweetened deal terms.

Unlike the bell curve of film, if a Broadway show gains a following on Broadway, it can have continued trajectories of income for years to come with potential national tours, out of town sit-downs (like Hamilton in Chicago and San Francisco), international companies, regional theatre, community theatre, school productions, new film/TV development, merchandising, and cast albums.

To get a Broadway musical off the ground and into a Broadway theatre,  the lead producers are usually looking to raise  $14-16 million for musicals (sometimes more) and about $5 million for a play.


WHAT IS THE TYPICAL MINIMUM REQUIRED OF INVESTORS?

Usually, the minimum asked for a musical is $25K- $50K+ (investor level)  and $250K+(co-producer levels), but depending on the budget of the show, the minimum can sometimes be less or could be more for established brands. Plays usually require a smaller minimum.

Accounting is easiest if you can invest individually because the production company will take care of payouts and tax forms.   But if you don't want to put in the minimum on your own or don't quite have the minimum needed, some form groups/entities/LLCs aka syndicates with friends, colleagues, or others who are interested and split the cost.  The production company will only send one check/tax form, so it will be up to a designated person in the group to disperse payments and handle tax forms for each individual in the formed entity/LLC.

Because entertainment is a venture capital-like/high risk investment,  productions only accept accredited investors.  An accredited investor, in general, is someone who the SEC deems capable of taking on the economic risk of investing in unregistered securities etc.  If you are planning to invest in Broadway, you do so because it could be an out of the box experience, expose you to something new, be thrilling, because you love Broadway, believe in the show i.e.  the message, storyline, creative team, performers involved, because you want to support the performing arts and the creation of  live theatre, or maybe, you are looking to diversify and invest in something you typically wouldn't.  There is no guarantee a show will recoup, and there are times they don't.  Consequently, you should only invest if you have "experience" money (i.e. money not needed to maintain your livelihood or lifestyle).  For some, taking the loss and making an altruistic investment is not always so bad and similar to donating to a non-profit, because you can write it off on your taxes (but check with your accountant).  On the upside,  unlike donating to a non-profit, there can be profit.  Which makes this investment type of in the arts a bit more thrilling.


HOW MUCH MONEY COULD I LOSE?

Only the money you put in.  Most Broadway shows have clauses that limit your liability to your initial investment.

WILL I RECOUP MY INVESTMENT?  IF SO, WHEN?

Recoupment is the point at which the producer has repaid all of the investors' money that was raised to develop, mount, and produce the show through out of town tryouts, previews, and opening night.


Because the cost of developing musicals are increasing and Broadway houses have a specified number of seats it can sell, some shows recoup on Broadway and some shows don't.

Look for a show that is cognizant of the weekly expenses.   Look for weekly expenses that seem reasonable when stacked against a certain percentage of ticket sales.  Once you decide, how much you can invest and are a good faith investor, lead producers/general managers should be able to run the numbers and estimate recoupment time for you based on 80%, 90%, 100% of weekly ticket sales and the amount you plan to invest.  What is the break-even point with weekly expenses and ticket sales?

Because a show may not recoup on Broadway, investors also need to think about the long game - a show's life after Broadway aka its ancillary trajectory.  Is it likely audiences will want to see your show on tour, internationally, in regional and community theatres and at local schools?  Merchandising and cast albums also contribute to recoupment and residuals.  Is TV or film a possibility?

HAMILTON recouped in less than a year on Broadway and ANASTASIA recouped about 70% in two years prior to closing.   Anastasia is expected to recoup on tour and to begin to pay residuals to its investors through tours and international productions.   Legally Blonde also did not recoup when it was on Broadway but has been wildly prosperous through national and international tours and regional/community/school productions. It even had successful live TV production and reality TV show.

A show with a good ancillary trajectory can mean a long life of additional income potential.


WHAT HAPPENS AFTER RECOUPMENT?

If creatives have deferred their royalties or a portion of their royalties, there will be a period of amortization where creatives are paid back what they deferred during the recoupment period.   If there is a profit during this time, investors should receive some residuals, but a smaller percentage. Once the show has been amortized, investors will begin to receive the agreed upon percentage of residuals if the show continues to make a profit.
If you are a launch investor, meaning you invest in the show before it hits Broadway, you own a part of the show.  Even when the show closes on the Great White Way, you can continue to earn residuals from tours, cast albums, amateur productions, merchandising, licensing, film and/or TV productions etc. -  often for 20 years and possibly more depending on the agreement set forth by the lead producers. As a launch investor, you also have an opportunity to invest an amount proportional to your original Broadway investment in any additional companies produced by the same producer (i.e. national and international tours, film/TV, etc.). So if you invest in an additional company, you can make money on both sides, but if you choose not to invest in an additional company, your "launch" Broadway investment will still benefit from the profits of the mother company.

At tax time, you will receive a K1. When you receive a profit, you will pay taxes.  If not, you will take it as a loss (think of it as a donation to the arts).  Discuss with your accountant how a profit or loss could affect you.  Congress did pass a law in 2015 to help to pay taxes on a Broadway show more straightforward.

If you come in at an "investor/backer" level, you should receive access to the best available seats (for purchase) when you decide to see the show. Good producers should welcome your feedback and be accessible to you, so you feel part of the show family.    If you invest at the co-producer level (est. 250/275K/375K or more), you will have greater access to the creatives, typically be invited to opening night and additional "producer events", may receive concierge service for other shows, and may be invited to attend selected producer meetings.  If you or your child dreams of performing on Broadway, investing/producing may help you/them get an audition when the creative team is seeking Broadway replacements or when they are casting additional productions (Note: Being an investor/producer will not guarantee a role.  Only talent and being right for the part guarantees that).  If you love being around Broadway creatives, investing/producing may help you meet the Broadway players you admire.  If you have entertainment ideas of your own, investing/producing may help you build a pedigree, get in the room with someone who might be willing to lend an ear, give advice, or maybe come on board with one of your projects.

WHY SHOULD I INVEST?

If you would like to learn more about becoming involved on Broadway, Film or TV, check out atxrandom.com and fill out a contact form. Please reference the blog.

Random Thoughts/ATx Random is not a financial expert. People should do their own research and due diligence. 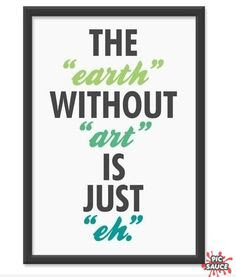 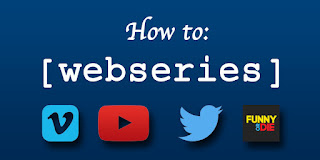